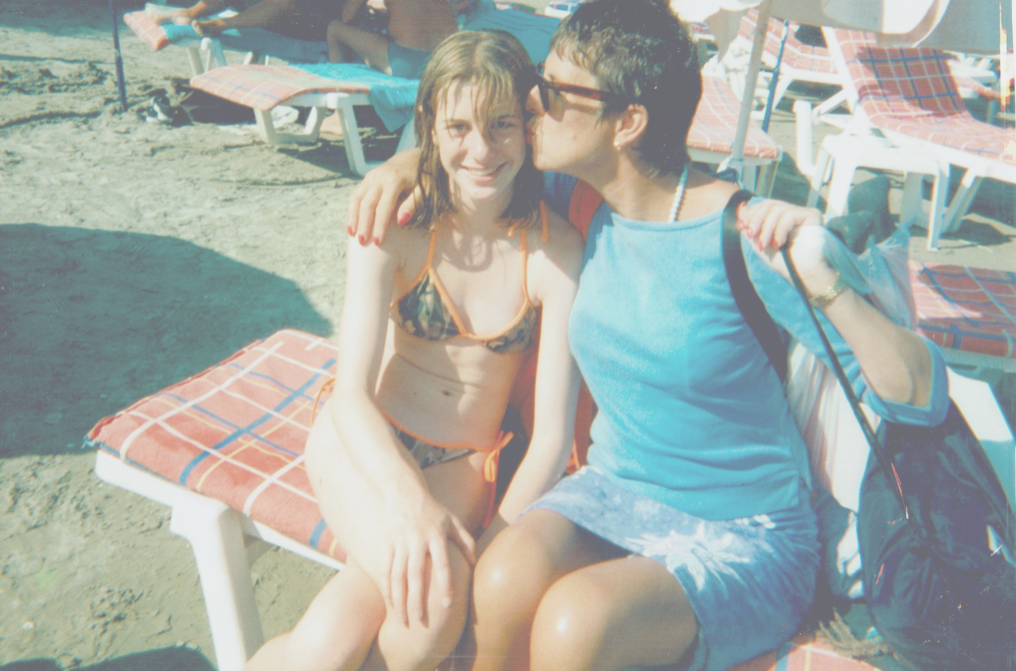 Finding love, becoming a mum and having a family of my own, these were things I’d wanted for as long as I could remember. Maybe it was my hope to create a home, maybe it was an attempt to heal a hole in my heart. Maybe I was tired of being the perpetual outsider and longed for a place that I would truly belong, I’m not sure, but these were my dreams and I desired them with a fire.

I used to make wishes constantly. When I caught a falling leaf, if I came across a wishing well or when the numbers lined up on the clock, these were all times I would extend my wish into the the universe. Catching a dandylion seed I would whisper my secret into it’s fluffy top, then blow it away and watch as my little prayer floated through nature.

When I met Victor I knew he was the man I would marry. It took a lot of persuasion but a few years later I was living in London, with him as my handsome husband and our very own healthy little girl. I had all the things I’d wanted so desperately. All the jigsaw pieces finally slotted into place. I had it all. And I found it so hard.

Our daughter was born and we named her Melisande, after my Mum, the person I needed more than anything. I needed her to help me, to give me advice and to hold me like a child so that I could find the strength to step into my new role as a mother. But she was long gone and I felt freshly sad about it.

For months I struggled to say the name out load, or to control my face when others called my baby’s name. It was a sound I hadn’t heard for a long time, one so loaded with thoughts and memories it made my head spin. I used her middle name, I made up nick names but my lips couldn’t form that one word.

Melisande – the name brought my mum into the room. Her red lip and red nails to match, her big smile and contagious laugh.  After all this time I still couldn’t contain my mum in a single stream of thought. This woman, who had been everything to me. I still couldn’t distill her character in my head, but these little images cropped up with the sound of her name.

But it was more than that, I suddenly felt so sorrowful. I lost my mum when I was 14, but I had never needed her the way I did in those first post natal days. I felt so fragile, and there seemed no possible substitute for the parent I needed.

Days went by and I felt impossibly young, more childlike than ever before- as if suddenly crystallized into the 14 year that lost her mum. My grief came in powerful waves, mostly sadness but other ugly thoughts tagged on, anger and jealousy.

I watched other families together and I hurt at the thought of my daughter being denied her grandmother. Another feeling, more extreme, was my deep pain for the ghost of my mother, who would never get to hold her granddaughter.

I felt like a snail without it’s shell, I pulsed with a sadness. My heart became a magnet repainting everything I saw with loss and, adding to it all to my grief. My friends quoting advice from their mums, or having their mums babysit, whatever it was it all felt so personal.

Being a motherless mother was the strangest paradox and I existed in this altered state. On one hand I was the Mum, my days were filled with the vital and immediate tasks that come with being a new parent, from feeding and bathing, to loving and nurturing. On the other hand I needed the exact same done for me, I longed to have someone cook for me, to run me a bath, hug me and and tell me I was doing a good job. It was a need stronger than anything I had felt before, and I was floored by it.

It was hard to understand why, after 14 years, it hurt so much. I had grieved my mum, had had christmases without her, got married without her present, and yet this was my biggest challenge. It was hard to explain to my husband and left me feeling isolated.

I felt that I didn’t even know what I had lost, I couldn’t guess what games my mum would choose to play with my child, what stories she would want read her, what kind of dresses she would have sewn for her grand daughter. Would they have had puffy sleeves and matching hats like the ones she had made for me, years ago when I was her little girl. I wondered what advice she would have offered for me to take or ignore. I thought of what a gift it would have been to argue with her over child rearing ideas.

I remembered a woman I had known in New York, her daughter was 17 and the way they argued destroyed her. She dissected their relationship, searching for where she had gone wrong. Eventually her daughter explained it to her: “This is normal,” she said. “Teenagers argue with their mums, you’re just finding it hard because your mum passed away when you were 13 and you never experienced teenage tensions with your own mother.”

How much would my daughter have to teach me, without my mum around, I wondered.

Melisande was a lightning bolt. She never slept, rarely ate and yet she moved and screamed and played like she was on a quest and running out of time. I loved to watch her lay on our cat, hugging his neck and pressing her squidgy face into his. Or her pleased expression as she acquired a new skill. This bold little one year old was fearless. She could take herself down the metal slide in the park, or walk confidently into unknown territory, but she always had to know that we were near. She was so strong, so determined and yet trembled with a sensitivity I had never known before.

We lived an isolated life in London, no family or close friends near by. At first I took it to heart that I had created her separation anxiety by not having enough people around her, a useless thought. But then I realized that she was just tiny, and very perfect in her own way and most importantly a human. But I was exhausted.

The lack of sleep, the lack of personal space and the lack of meaningful adult conversation all resulted in my loss of identity. For me the transition into motherhood had been a painful one soundtracked by colic screams, splattered with projectile vomit and wrapped with an unpretty grief.

I went to baby classes but they bored me to death, I hated the dumb music. I felt painfully shy in the five minute breaks, time in introduce yourself to other mums. I came away giddy with excitement if I managed a conversation and would run home holding it in my head, ready to regurgitate to Victor later as proof that I was still a person.

The pressure to get it right as a mum was overwhelming and impossible. The health visitor came over when Melisande had colic. I was sleep deprived, hormonal and grieving. I had sweat, milk and blood leaking from my body and my husband was abroad on work. She gave me a questionnaire to complete, asking how often I cried, if I felt overwhelmed… and things of that sort. I whizzed though it ticking the number 5 box for ‘all the time’.

Later, walking through the park with Melisande it occurred to me that I had made a mistake, that it had been a questionnaire to gage postnatal depression and the boxes I had ticked did not look good.

I didn’t have postnatal depression, I had a baby with colic, a grief for my mum and I was isolated in a city that was new to me. But these things weren’t included in the questionnaire.

And so I had it all, everything I ever wanted and it was hard.  All my dreams came true and still I carried a sadness. I felt ashamed to be grieving when I was holding new life in my arms. I didn’t want to discuss it because apart from being hard to explain- it left me feeling guilty.

Some days I felt so painfully alone. I started writing a diary for my daughter, a place where I shared our struggles and triumphs for her consult or laugh at when she had her own kids. I looked at photos of my mum and couldn’t deny the startling resemblance, that had seemingly happened overnight. I questioned my ability to carry out my role without her.

And some days I was happy in our new life as a family, we walked to the olympic village and swam in the aquatic center feeling like kings, I pulled our little girl through my favorite park on the planet- on her scooter, we picked flowers and put them in a vase. I listened to her babble and laughter and the sound of my sadness became small.

There were things that were missing that couldn’t be replaced- and it was easy to dwell on the past. I took five minutes under my favorite tree in the park, with my family, watching the sunlight twinkle through the brand new spring leaves like sequins. Because there were new memories to be made, to add the old ones that I now treasured.