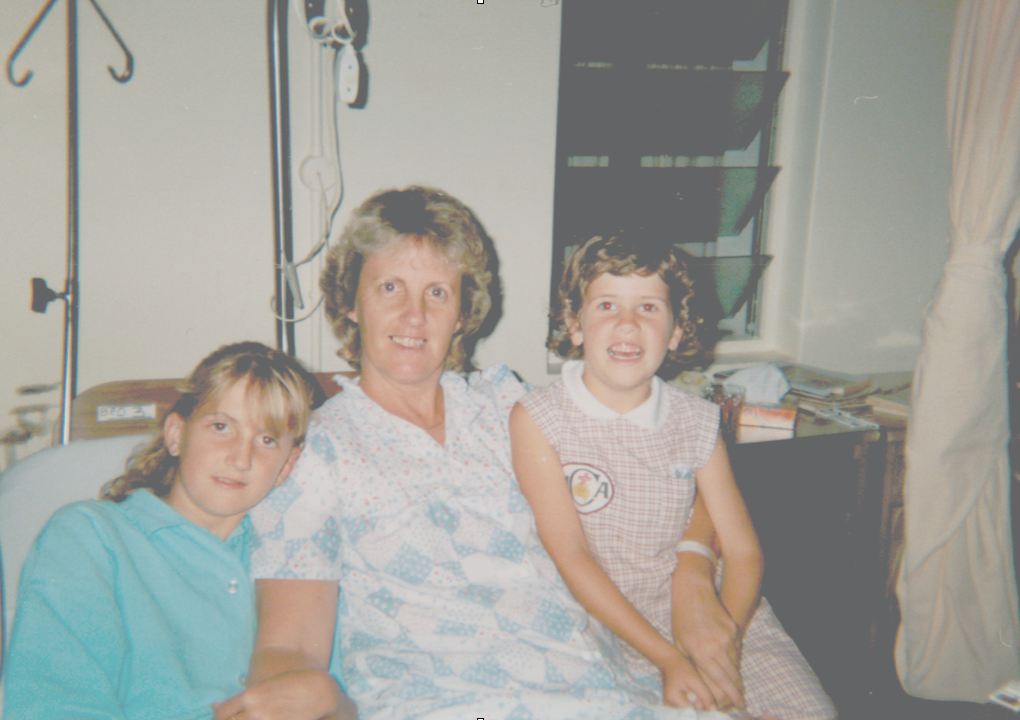 My story begins in a little country town in Queensland, Australia called, Maryborough. I have an older brother, older sister and a younger brother. Yes I was that attention seeking middle child that pretended I was the only child. Although that was quite hard to do in our family as we were very close. My parents dedicated their life to us children and always encouraged us to dream big. Music and church were both massive parts of our life and we would often have the “family jams” as we all played a couple of instruments. We would have people stay with us that didn’t have a family, or just needed some love, as our mum loved helping people so much. You see love wasn’t just a word from our parents, it was an action and I’m forever grateful for that.

My mum who was born in the 50’s was poisoned by teething powder which caused her to develop a serious lung condition. At the age of 23 she was desperate to be a mother but was told by doctors that it would not possible. The only thing that might have made it possible is if she had an operation to remove part of her lower left lung. Mum had that operation and had better health for ten years and was able to fulfil her dream and have four children.

Growing up we lived with hospitals being mum’s second home. She would lose lung capacity and need to go to hospital sometimes four times a year for a couple of weeks at a time. As kids we’d looked forward to visiting her there. She did things liked saved the little cereal packets they gave you for breakfast in hospitals which we would then make into little puppets. In 1993, aged 42, mum was given just five years to live, but she went on to prove the doctors wrong and lived for an incredible 20 years longer which meant she was able to witness all four of her children get married and see five grandchildren being born.

But mum’s health was declining each year and by 2012 she was breathing the breath of a two-year-old and the only option was a lung transplant. After about seven false starts, one Friday before Mother’s Day we got the call that they had found the perfect match for her. We were over the moon, and the transplant was done. But as much as we tried to be sportive we knew that a transplant of any kind comes with risks and unfortunately for our mum and our family, she never recovered well from it. In the end we had to make the absolutely heartbreaking decision to take her off the breathing machines. The doctors gave her hours to live but she defined all odds and lived another six days. She took her last breath on Tuesday 10th September 2013 with all of her children and husband holding her hands. This marked a time that forever changed our family.

In those last days before she died mum and I recorded many conversations about when I would have children, that I would have to talk to them about their special nanna in Heaven, and we also recorded her telling them that “She loved them even before they were born”. This wasn’t in my plan as I always dreamed of having my mum be my side and for my children to have their incredible nanna in their life, but it meant so much to have these recordings.

Two years later we had our son, Hunter Flynn Bax. Even though I had always dreamed of having my mum by my side, I knew she was watching down on me, and I am forever grateful for what my mum taught me about life, love and family. Hunter is now five-months-old and we call him our Little Blue Gift. It’s been hard not to have my mum around for all those special moments and for her advice, but I like to look at the positive side of things and think how lucky I was to have her in my life for so much longer than any of us ever expected. Mum was meant to die when I was 17-years-old but lived until I was 32-years-old, and I am so grateful for that.

Becoming a mum has made me miss my mum so much more, but it has also made me determined to make sure that her legacy lives on. She would always chose love, and so will I.

Linda is 34-years-old and lives in Sydney, Australia, with her husband and their son, five-month-old Hunter Flynn Bax.