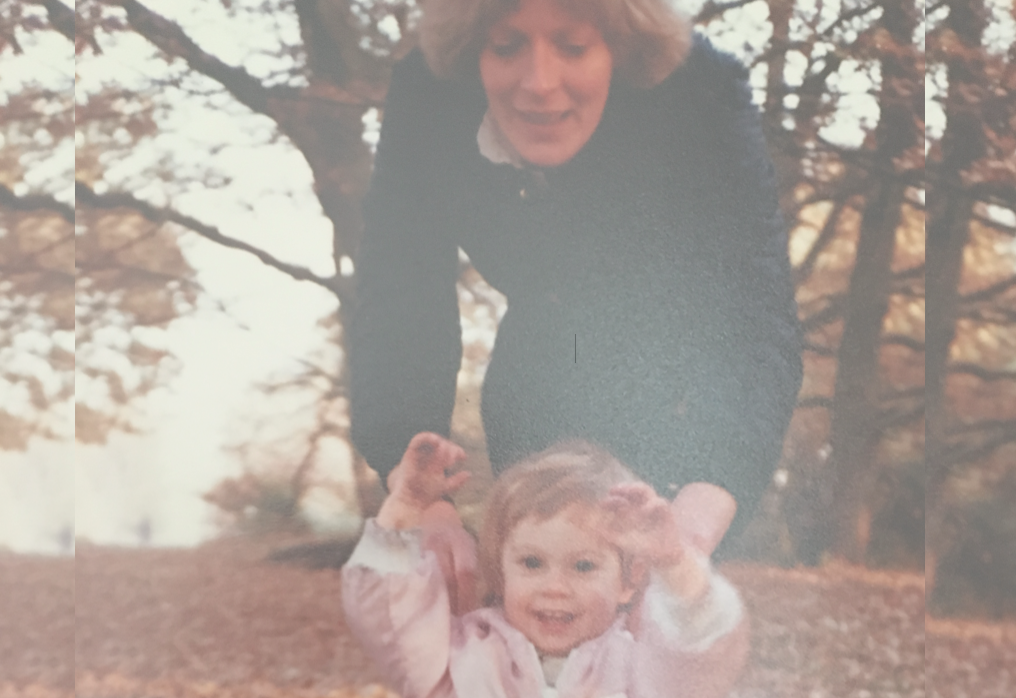 Those of you lucky enough to parent a threenager won’t be surprised to learn that yesterday my daughter made me cry. I’m often driven to tears by my wondrous little terror; of laughter, frustration and sometimes, actual physical pain (toddler teeth and nails can be surprisingly sharp). But yesterday was different – because my daughter asked me, “where’s YOUR mummy gone?” and I felt the tears creeping down my face. This month marks nine years since a sudden heart attack snatched my mother away from us and the first time my daughter, Lala, has asked about the grandmother she’ll never know. Yet again, the reality of being a mother has brought the loss of my own home to me.

My mother died when I was 25, long before I started to think about having children, so I’m haunted by the questions I never asked her. Being a mother is without question the hardest thing I’ve ever done and I desperately regret not taking the time to ask her how she managed to pull it off with such aplomb. I’m sure that she, like me, was probably paddling desperately beneath the surface, but on the face of it, she seemed to sail through, pulling off the perfect combination of mother, wife and friend, all the while making it look easy. I, on the other hand, feel as though motherhood is about trying to traverse a particularly treacherous voyage from A to B, without a map. Where is my mother with the directions?

The egotist in me misses her for me – as I watch my daughter tick off the milestones of first smile, first step and first day of school, I wonder how and when I hit them, and whether we are similar. Because, much as my dad tries his best, our household growing up was a traditional one and he was at work most of the time, while my mum stayed home and took care of me and my two older brothers. She’s the one who holds the key to all our family secrets, so most of our family history died when she did. I’d give anything to hear my mother casually say, “Oh you used to do that…” or to remind me that when it comes to tantrums, my daughter’s got nothing on me. The few childhood recollections that she did share, like the time I screamed, “I’m going to tell my daddy of you” at my primary school headmistress during assembly are like dog-eared paperbacks, passed into family folklore because I remember them so frequently. There should be more.

But the mother in me misses her mostly for my daughter. Practically, I miss the support that a hands-on grandmother could offer; anything from free babysitting to “been there, done that” advice. But it’s the void of the emotional connection passed down from grandmother to mother to daughter that really stings. Already Lala, who is named after my mum, is exhibiting the sense of humour and charm that defined her namesake; I know that they would have been infatuated by each other. It seems beyond unfair for both of them that they won’t share the hugs, kisses and bedtime stories that other grandparents take for granted. My mum wasn’t much into knitting, sewing or any of the other traditional “grandmotherly” things. She didn’t cook much and her baking repertoire ran to just one cake (it was delicious though). But she was a good listener, she was funny and she had that inimitable knack of making everyone feel like they were special. That, along with cheekbones to die for, is something that I hope my daughter inherits from “Sky granny”, as we now call her.

In the nine years since my mother died, I’ve acquired a husband, a dog and a daughter (all mostly housetrained). I’ve lived in three different countries and had three different careers. Many of the things that now define me – running marathons, talking to the dog like it’s a second child, buying expensive shoes – are things I’ve discovered since her death. In short, I’m a very different person to the one that she left behind. She didn’t get the chance to see me as a wife or a mother and it rips me to the core to think that there is so much of me now that she doesn’t know.

But what’s worse is there’s a part of her that I wasn’t able to get to know: that of grandmother. I can only imagine the combination of patience, good humour and mischief that she would have brought to the role, based on my experiences of her as a mother. I can’t know for certain that she would have refused to be called “Granny” and subbed in something infinitely cooler and more relatable; I just have to imagine it.

And maybe, if I were to find a positive in the situation; that would be it. She’ll never disappoint me. There will never be a time when I take umbrage at a “helpful parenting tip” that she might share, or silently seethe because she’s let my daughter overdose on sugar. She will never have the audacity to have her own life and thus be unable to babysit when I need her to, to throw her toys out of the pram because we’re spending Christmas with my husband’s parents or any of the other grandparenting crimes I hear my friends complain about. She’s unimpeachably the perfect grandmother. But then that’s no surprise because, to me, she was the perfect mother as well.