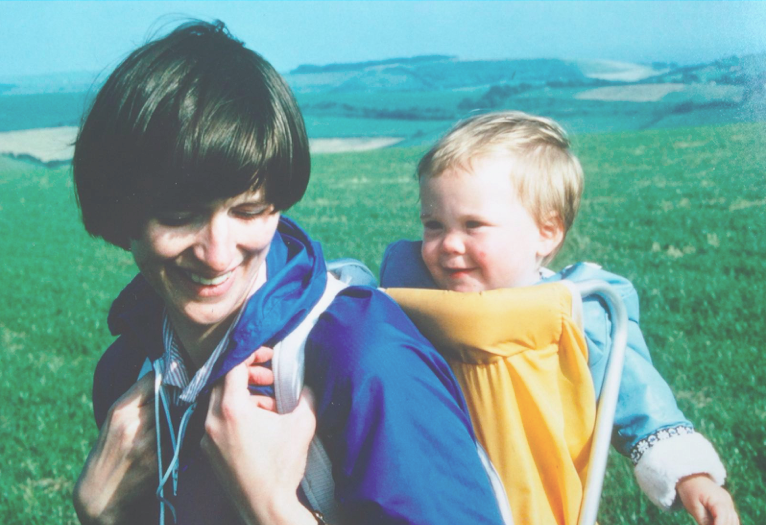 It was a Thursday night in January when my dad called to tell us that my mum was sick. I remember what I was cooking and I remember what was on the telly. She had had an x-ray the previous day, referred by her GP after a persistent (but very minor sounding) cough. She had also started to have some pain in her hips, but we had all assumed it was arthritis and never imagined the two could be linked. The x-ray showed lesions, consistent with tumours, on her lungs, and the doctor had rung to tell her the news. My mum was also a GP and my dad a pathologist. Between them, they knew too much, and they must have known that it was bad. That it was cancer. My mum had a hair appointment that morning and she kept it. I love that she did that.

For a short time, we wondered if the lesions on her lungs might be TB. We prayed for TB. She had had it and survived it as a two-year-old in the 1950s. But I could see from the start that my dad knew we weren’t coming back from this. There were lots of unknowns, and the primary cancer was never found, but the point was that it had spread, and it was all too late. Perhaps it didn’t matter where it had begun; the end result would be the same. But I wanted to know. I wanted to put a name to the monster that would ruin us.

There was radiotherapy and chemotherapy and oncologists and pain consultants and pills and pills and pills. The treatment was palliative. The best we could hope for was that it would reduce her pain and buy us a couple of years. Oh, for a couple of years. But very quickly after her diagnosis she began to look sick. She got thin, and then thinner. The treatment was cruel and it wiped her out for days afterwards. Her appetite was tiny although she had a liking for Rice Krispies and tinned grapefruit. She never lost her hair though, and she was so glad of that. It was thick and lovely to the end.

I was engaged at the time and the wedding was loosely planned for July that year. I remember my dad telling me that July was too far away. That we must bring the wedding forward. He told me that in six months she would be dead. And he was right.

One day during Spring that year Mum remembered a line from Shadowlands: “You can’t have the happiness of yesterday without the pain of today. That’s the deal.” And so it was. I look back, now, at photos from the year before she died, three years before, five years before, and I search for it, the cancer. As if somehow I’ll be able to see it, lurking. For it must have been there all along; growing, growing, waiting for us.

We brought the wedding forward to May, partly for the warmer weather, and partly just to keep her going: she couldn’t die before the wedding. She couldn’t. Weddings are frivolous and expensive and full of nonsense, I know. Who cares about frocks and chair backs and favours and who sits where? Well, we all did as it turned out. There was comfort in the nonsense. There was solace and togetherness and fun. There was real joy. And she loved it. She was at our wedding, and she did so well having skipped chemo the week before so that she would be well enough to come.

Soon after that on her 63rd, and last, birthday, my dad gave her a rose gold necklace and a card that read: To the best person in the world. Carpe diem. And they did seize the day, as best as she was able. They came to London one snowy weekend that winter to see the house my sister and her boyfriend had just bought; the place they would make their home. Friends came to visit and family stayed close. Mum texted one afternoon on their way home from the hospital, saying: Having our lunch in a pub garden, sun shining, dog at our feet. It’d be perfect if it wasn’t for the radiotherapy!

You think that when you know that someone is going to die, you will talk about death. I imagined her telling us what she might want at her funeral. But she had no time for talk of dying or hymns. She just wanted to live. She was completely unself-pitying. She never once asked why her? She was a volunteer reader with children at a school in Toxteth; she still did a surgery once a week at her old practice because she missed the patients when she retired. She still had so much to do too. She’d have gone to New York and travelled around Australia, and she’d have been a granny. She’d have so loved that.

In the end it all happened terribly fast. She had pneumonia and my dad rang and told us it was time to come home. We sat, that afternoon, my sisters, my mum and dad and me, in their bedroom, talking together. And I told them I was pregnant; there would be a baby. She opened her eyes and smiled and I am so very lucky that she knew.

She was struggling to breathe, she was in pain and I think she was scared. She rallied a little at the hospice. She ate toast and drank tea and I think she felt safe. My dad stayed the night with her. The next day went by, and there was even some laughter. In the evening we listened to the church bells through the open window. That night, my sister stayed. I have no regrets, but this. I should have been there. I should have stayed. I let them down. Both of them. In the early hours she lost consciousness. We all came, but she didn’t wake up again. She died that afternoon, surrounded by all the people who loved her most.

That was four years ago. And still there is a knot in my chest and a hole in our lives. She held us together in ways we could only have begun to imagine. She was so much to so many. But she was our mum. And it’s hard without her.